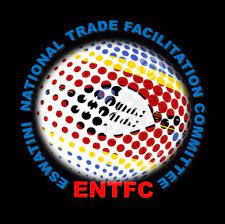 The United Nations Conference on Trade and Development (UNCTAD) has developed a Reform Tracker to empower the Trade Facilitation Committees on their role as coordinators of trade facilitation initiatives especially those related to the World Trade Organisation’s (WTO) Trade Facilitation Agreement.

The Reform Tracker is a web-based project management and monitoring tool for trade facilitation reforms supported by UNCTAD.

Since the ratification of the WTO Trade Facilitation Agreement (TFA) in 2017, Eswatini has established different committees to oversee the implementation of the agreement. The umbrella committee, Eswatini National Trade Facilitation Committee (ENTFC) is responsible for overseeing the activities implemented by each committee and then update the WTO on the progress of the implementation. Eswatini’s ENTFC has been supported by the World Bank in implementing the activities that were notified to the WTO under the TFA until recently when the Bank’s financial assistance ended.

In monitoring progress of the implementation process, UNCTAD has developed the reform tracker to ensure Eswatini is on track while implementing the activities aimed at easing trade restrictions and where necessary the United Nations Agency may provide assistance in fast tracking the process.

The Reform Tracker allows for a coordinated interagency implementation of priority trade facilitation initiatives through the involvement of all cross-border stakeholders from the public and private sectors.

Furthermore, the Reform Tracker provides a platform that allows the ENTFC and its working groups to monitor progress in implementation, and to take necessary actions in case of setbacks.

For sustainability of the project, the Reform Tracker facilitates the project documentation and allows for the systematic knowledge transfer. New members of the National Trade Facilitation Committees have access to the current and past project information and can be acquainted with their new roles in a short space of time.

According to UNCTAD National Consultant Duduzile Dlamini Eswatini is making progress in the implementation of the WTO Trade Facilitation Agreement through activities implemented by the ENTFC. For sustainability of the project, members of the ENTFC are receiving training on the use of the Reform Tracker, situation/gap analysis and managing stakeholders.

The aim of the situation and gap analysis is to determine the progress in Eswatini towards the fulfilment of the WTO Trade Facilitation Agreement. This include policy, procedure, human resource & training, institutional framework and ICT adoption for all 36 articles of the Agreement. Furthermore, the gap analysis determines the tasks required to close the gap, the team responsible, resources required and the outcomes expected from each task.

The Reform Tracker is a living web based monitoring and management tool for trade facilitation reforms therefore it is constantly updated when the need arises especially when there are new measures in place.

The collected secondary data will be populated on the situation/gap analysis template and uploaded into the reform tracker after the NTFC technical team has validated the information. Each of the measures will be updated with new information such as the facilitators, tasks, reform teams, uploaded documents and involved agencies.

Capacity building for ENTFC technical teams, started last week, will be ongoing and the main area of focus will be on how to navigate the reform tracker, and to validate the situation/gap analysis. The second part of the training, which will be held early next month, will focus on the work plans, developing specific task, developing reform teams, timelines and indicators that would be uploaded on the Reform Tracker.

UNCTAD was established in the 1960s following growing concerns about the place of developing countries in international trade, which led to the call for the convening of a fully-fledged conference specifically devoted to tackling issues of trade and development in underdeveloped economies.

The main objective of UNCTAD is to support developing countries to access the benefits of a globalised economy more fairly and effectively. It further equip countries with technical expertise to deal with the potential drawbacks of greater economic integration. This is achieved through the provision of analysis, facilitation of consensus building and the provision of technical assistance to help countries participate in trade, investment, finance and the optimal utilisation of technology.

Working at the national, regional, and global level, UNCTAD helps countries to:

For Eswatini, UNCTAD has promised to offer technical assistance for the implementation of activities under the WTO Trade Facilitation Agreement through the development of the Reform Tracker. The implementation of the agreement is facilitated under the International Trade Department (ITD) of the Ministry of Commerce, Industry and Trade through the existing ENTFC. However, stakeholders are drawn from a variety of agencies that have trade related mandates in their different scope of work.

Ministry of Commerce, Industry and Trade